The Christendom is full of some of the most magnificent houses of worship ever created. With the religion having globe trotted over centuries, it has incorporated indigenous architectural styles across the world and incorporated them with much ingenuity and excellence in its own way to give out to the humanity some of the most handsomest pieces of architectural jewels.

Orthodox Christianity has contributed to this process in its own way and some of these prized heritage of humanity that have for posterity etched their name in the hall of fame of the grandest buildings the man ever created belong to it. Here we have a look at a few of these Orthodox Christianity churches-

Situated in Saint Petersburg, this is the largest cathedral in Russia and is the fourth largest cathedral in the world. The cathedral is dedicated to St Issac who was the patron saint of Czar Peter the Great. The exteriors of the cathedral exhibit neoclassical style built on the traditional Russian- Byzantine formula of a Greek cross ground plan, supporting a large central dome and four subsidiary domes on all the four sides.

The main dome of the cathedral rises to about 100 meters and is gold plated. The interior is laid with beautiful columns and pilasters and iconostasis inlaid with semi precious stones. 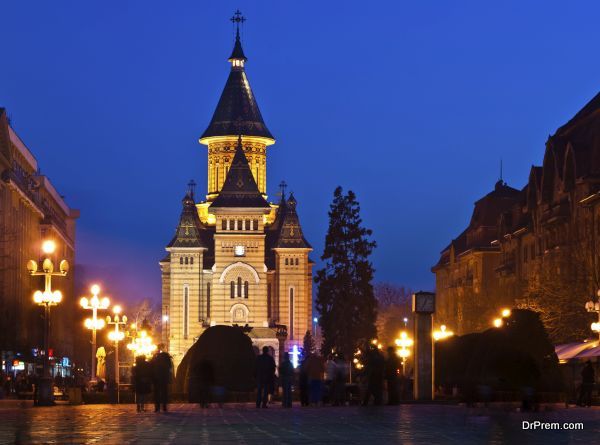 This cathedral is situated in the historical Banat region in Western Europe. With a collection of eleven towers, it is the tallest Cathedral in Romania. One of its towers reaches a height of ninety meters. The cathedral was got raised in and around 1940.

It was got built in Neo-Moldavian architectural style based on Romanian Orthodox one and has rich elements of Renaissance, Ottoman and Byzantine architectural styles incorporated into it. The building despite its not so old origins had found a place in the National Register of Historic Monuments.

The site of the present building of the church dates back to earlier than 16th century where the relics of Saint Sava were preserved. The invading Turkish army destroyed the structure and burnt down the relics of the saint in 1594. The construction of the present building commenced in 1935 and finally reached completion in 2010. The church too was got built on the traditional Greek-cross plan and has a dome reaching up to 82 meters high including the 12 meters tall gold plated cross.

The Cathedral that stands on Red Square in Moscow is perhaps the most iconic of structures of Russia. It was got built in 1555 A.D to commemorate the capture of kazan and Astrakhan. The Cathedral was got converted into a museum after its forced secularization by the communist led government in 1929.

The structure is a colorful mishmash of vivid colors and strange garlic-bulb like domes topping it. The whole design is peculiar and has no example in the entire Russian history prior to its building or following it.

The Cathedral of Saints Peter and Paul, Russia 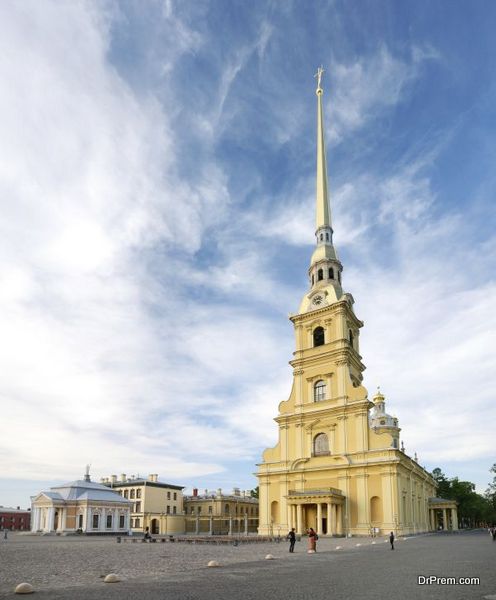 This is one of the truly magnificent church buildings built in Russia. Located in the historic town of Saint Petersburg, in the prescient of Peter and Paul Fortress, the cathedral houses the tombs of the imperial Russian Czars including Peter the Great, Catherine the Great, and the last Russian monarch Nicholas-II. It was got constructed in the first quarter of the 18th century. The Cathedral was got modeled on the Saint Basil’s Cathedral of Moscow.

The list contains some of the most magnificent churches built in Eastern Europe and Russia and deserves the title of ‘architectural gems’ of Orthodox Christianity.