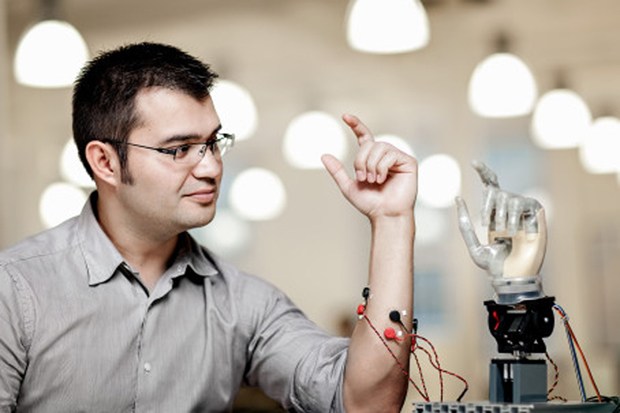 Giving a new life to amputees, researcher Max Ortiz Catalan, an industrial doctoral student at Chalmers University of Technology in Sweden, has developed an artificial limb that the user will be able to control much like their own biological hand or arm. Claimed to be the world’s first mind controlled prosthetic, the implantable robotic arm makes use of the nerves and remaining muscles of the amputee to allow natural movement with ease.

Using a new bidirectional interface with the human body, together with a natural and intuitive control system, the bone-mounted robotic arm lets the user control several joints and motions simultaneously, while giving direct neural feedback on their actions. A patient who had his limbs amputated long ago will have the first mind controlled robotic arm implanted by Brånemark in January or February 2013.