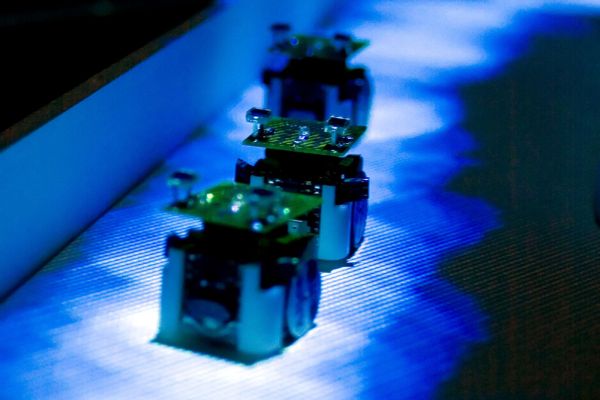 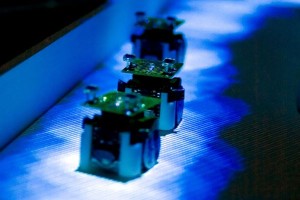 Ants are a superior evolved annelid species. They can collect food, exist in a systematic underground home and bite too if attacked. Like honeybees, these social insects are pretty intelligent as they have a unique system of navigation that has even made them popular as “super organisms’. Simply put, it means multiple individuals that behave like one.

Enter robot swarms. The technologically gifted creation of man has been made like drones. Now they are being equipped to behave like the living ants as well. The New Jersey Institute of Technology Scientist Simon Garnier, who published the findings in the journal PLOS Computational Biology March issue, adds “some researchers are using that knowledge to help build smarter robot swarms.”

Like lab rats, ants are being thrown in mazes that mimics the pathways engraved in an ant hill. When the road splits, an ant tends to take the path with least angular bend. This pattern and its pheromones help the ant successfully travel via the shortest path. All this it can do with only one hundred thousand nerve fibers, measurably much lesser than one of our fingers can hold.

Hence began the experiment with miniature robots that resemble true ants.  Named “Alices”, the Wonderland explorers had cameras following them that tracked the movements by light marking and displayed the same on a projector. Programmed to detect light via sensors and avoid any obstacle, a light trail marking caused the robot to pick it up and flow like an ant attracted by pheromone. Otherwise it took a random route thanks to lack of any advanced mechanism.

As Garnier explains, a blindfolded human if hit against a bifurcating crossroad, the natural instinct will be to choose the path with least resistance. The research provided important insight into ant behavior and a valuable contribution to ant biology. The fact that complex cognitive processes are unnecessary for navigation is a reflection of the simple algorithm developed in computers and communication technology over the past decade.

These robots are certainly a window to upcoming developments and technological innovations that will guide the course of humans in years to come.