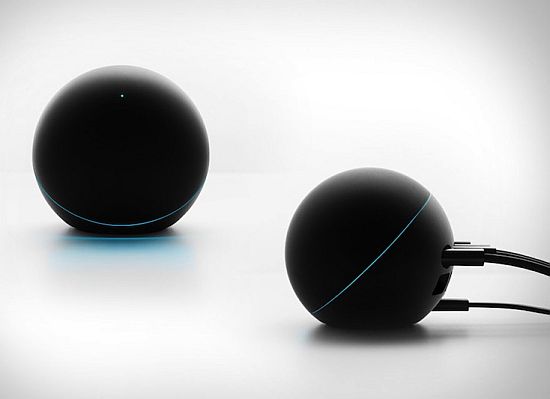 Nexus Q, the pioneering media streaming player from Google, is all set to bring all of your media content in to your living room. The spherical device lets you stream your content directly from the cloud. Once you connect the wireless gizmo to your Android device (Gingerbread or higher), AV receiver or HDTV, you may play YouTube videos, movies and TV shows purchased from the Google Play store.

Google Nexus Q flaunts multi-colored LED lights that follow music while providing the center of sphere with a bright glow. Users may mute the music by swiping their hands across the front part of the sphere. When they feel like adjusting the volume, they only need to touch the other side with their hands. Google Nexus Q is just 4.6 inches in diameter, while it weighs somewhere around 2 pounds. Technical specs include 1GB of RAM and 16GB of Flash memory.

Users no longer need to download, sync or manage NAS or external hard drives. A micro HDMI, NFC and Bluetooth allow them to connect it to any Android device. A built-in 25W amplifier helps them bump up the bass and volume. The first Google-labeled Android-based streaming player supports Ethernet, optical audio output, micro USB and standard banana jack speaker outputs.

Available for pre-order at $299 only, Google will start delivering the Q in mid-July positively.