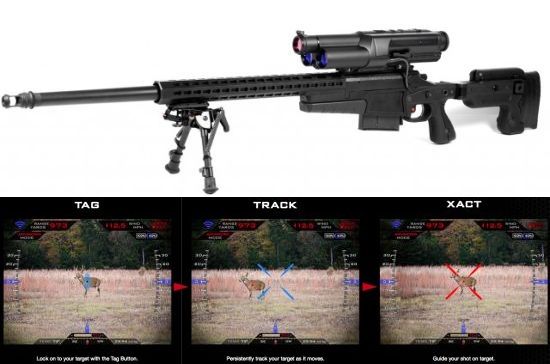 When you are at war, be it in the virtual world or real, you simply want to end up on the winning side, by hook or by crook. Drawing inspiration from the virtual world (gaming), Austin-based startup has come up with “Precision Guided Firearms” that bring “auto-aim” to the real world, assisting the shooter to aim and bring down the opponent without giving a second chance.

Featuring intelligent digital tracking scopes, powered by Linux, to capture a video image from the objective lens of the scope, the hi-tech arms let the shooters tag the target, so they could track the target as it moves around, before finally knocking it down without any mistake. All the shooter needs to do is bring the reticle point and the target in a straight line to deliver a deadly shot. Opening at around $17,000, the precision-guided rifles from TrackingPoint turns an amateur into a trained sniper.