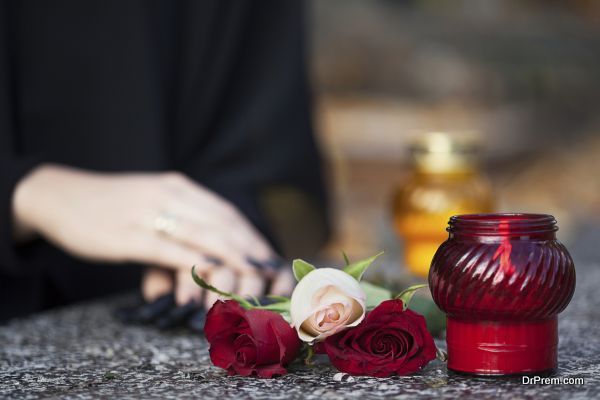 Death is inevitable but is still one of the most feared things for human beings. Different cultures have their own ways and traditions as to how they honor the death of their loved ones, and some traditions even follow bizarre ways to commemorate their loved dead ones. Scroll through the following list that includes some death rituals from across the globe that many of you would find to be too creepy and haunting altogether: 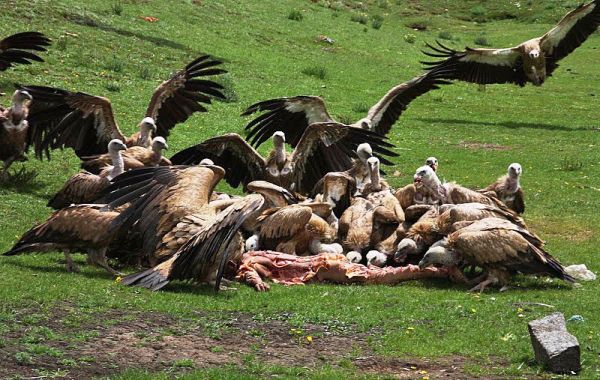 This might seem a bit disgusting and obscure to people who believe that burying the dead body in the ground, or to burn it into ashes is right but this is what is true and correct for Tibetan Buddhists. Whenever a Tibetan Buddhist dies, they take the dead body to an open place and give it a Sky Burial. They cut the body into pieces and give it away to scavengers like vultures and other birds in the open. The philosophy that goes for this act of theirs is that there is no point burying or burning a body but to give it to someone like birds and help them sustain their lives. They consider it the last charity.

Dig up and dance

This one is scary as hell but is true, as the Merina people in the highlands of Madagascar follow a death ritual of digging up the dead and have a dance party with them. Every seven years, they dig out the bodies, put new clothes on it and dance around for the entire day. It is a happy occasion as they dance, laugh, click photographs, and eat and drink. In the end, they put the body back with new clothes, some money, and alcohol as a gesture that helps the deceased enjoy their afterlife club for another seven years.

Yet another creepy death ritual that involves feasting on the flesh of the deceased relative. A few tribes in Australia and South America do not bury or burn the dead but eat its flesh themselves at a feast.

No matter how much we love someone who dies, we take them out for their funeral but this is not the case with the Ifugao people of Philippines, as they make the dead body sit on a chair in front of their house, and let it stink there for good eight days. They tie the body tight with chair, so it remains in place.

For many of us death is feared, and we fear the dead bodies as well. However, some traditions follow such creepy death rituals and it seems as if they do not fear death and the dead at all.

Death rituals across the globe that are stunning and hard to believe was last modified: January 28th, 2015 by DrPrem Jagyasi
Death ritualsDig up and danceEndocannibalismFeaturedhard to believeLet the dead body stinkobscure to peopleThe Sky BurialTop

Bizarre and out of the box stories...