Backed by the Blue Serengeti Initiative, the wired ocean project is creating ripples along the California coast while procuring real-time info concerning marine creatures and transmitting it through iPhone and iPad app. Thanks to a Wave Glider robot, named Carey, now the researchers have gone beyond the Californian coast, where they are tracking marine predators like tuna, white sharks, sea turtles, seals, and albatross. 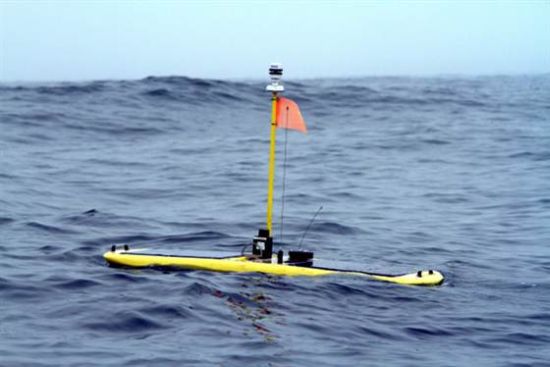 Stanford marine sciences Professor Barbara Block and her research team have already tagged 120 white sharks, five mako sharks and 27 salmon sharks, including other marine creatures as well. For doing so, researchers relied on data gathered by an earlier project, named Tagging of Pacific Predators (TOPP) project. Researchers moored several buoys in Tomales Point, Año Nuevo, and the Farallon Islands, which can detect a shark’s transmitter or other tagged animals, within a distance of 2,000 ft. Data, thus gathered, is transmitted to mobile iDevices in no time at all, through a mobile application called Shark Net. 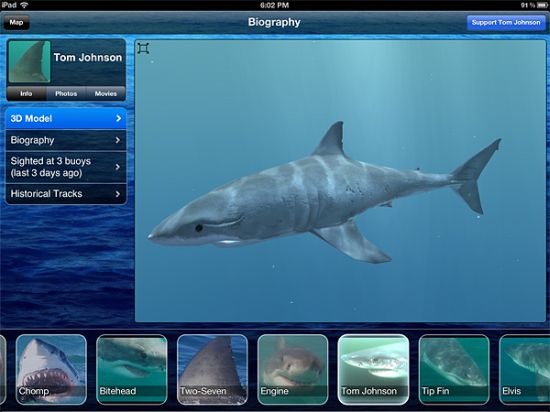 Equipped with and underwater glider, robotic sensors and a 7-foot-long “surfboard”, the unmanned robot made by Liquid Robotics keep moving along the hot spots. When required, the glider can be pulled vertically, which makes its fins to rotate, thus resulting in a forward thrust in opposite direction. So, researcher can easily make the glider to follow a pre-determined path. Certain solar panels on the floating board allows Carey to connect to a satellite.