Home Technology Guide The most adorable robots revealed at CES 2014 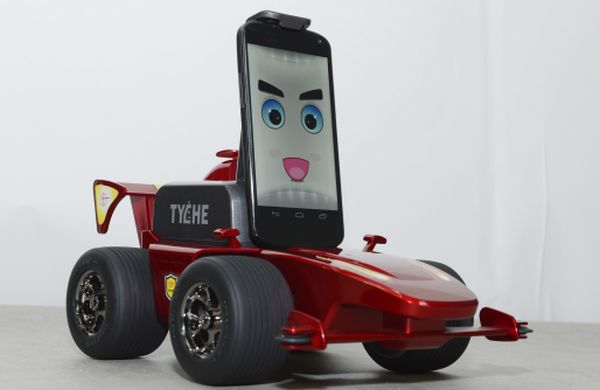 The most adorable robots revealed at CES 2014

The annual Consumer Electronics Show held in Las Vegas this year saw something new, a peek into the future via some really cool robots that could help us with our everyday chores in addition to taking care of kids and elders alike. Here are five such robots we thought simply stole the show at CESS 2014.

Designed and developed by Five Elements Robotics, Budgee can very well be termed as your extra pair of helping hands. With three wheels and an 8-hour rechargeable battery, Budgee is a lightweight robot that can carry weights up to 50 pounds. It can follow you anywhere and carry whatever you want it to. The robot is priced at $1200, with shipping ready to start by July this year.

Developed by Paro Robots, Paro is a cuddly harp seal like robot that is priced at $6000. The unique feature of this robot is its unique, life like antibacterial fur coating and sweetness that would make it very useful for elderly patients. The robot comes with a charging station designed like a pacifier. However, the best is that Paro’s voice and behavior recognition software respond to your touch when you hold or pet it, learning to respond to those actions that earned your affection.

Designed by AllBrain, Tyche received the Technology for a Better World award at CESS 2014. Priced at $219, the autonomous robot can recognize, listen to and speak to people. It can also communicate efficiently with other Tyche robots. It has a 7-hour rechargeable battery and can work on select Android phones. Some of the more salient features of the robot include entertainment, robot education and home security.

Designed by Ecovacs Robotics, Winbot is a very resourceful robot that washes windows of any size or thickness. Winner of the the International CESS Innovations 2014 Design and Engineering Award, Winbot 7 uses a program to scan and calculate the window size. It then develops and customized path to clean the window with the help of microfiber pads. Along with a frameless detection system, the robot has multiple sensors to detect and avoid obstacles.

Magic Carpet for the elderly to remain...