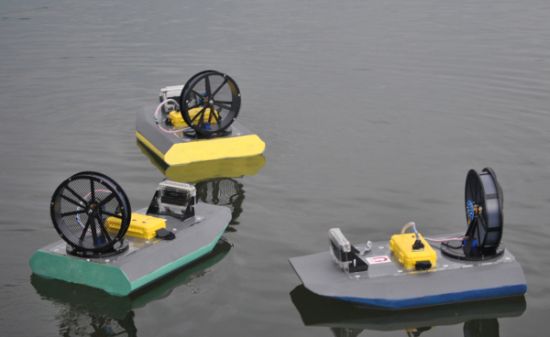 Monitoring far off places has always been a difficult task for researchers. Offering a solution, the Platypus LLC has come up with autonomous robotic airboats that gather the data from remote places by creating detailed spatiotemporal maps of that particular location. The low cost airboats can be deployed to gather environmental data, accurate water information, such as specific conductivity, dissolved oxygen, temperature and PH, for scientific, standards compliance and educational purposes.

Featuring a solar powered recharge station, the autonomous airboats can remain and function in the water bodies for months continuously to update water information directly on a website regularly. Integrating polyurethane hull that looks more like a boogie board, the robotic airboats houses internals (such as Arduino board) in a propulsion fan assembly behind the hard plastic electronics compartment. Connecting the microcontroller with a Smartphone, placed safely in front of the boat inside an Otterbox case, via Bluetooth for communication, the airboats make use of Platypus’ proprietary app for autonomous controls. 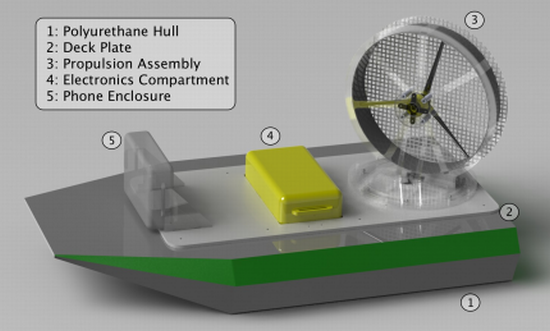