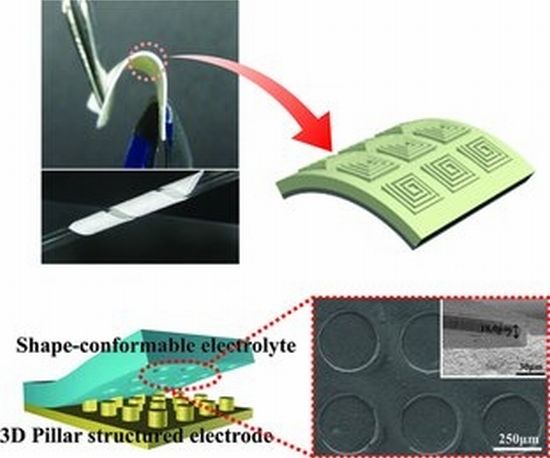 You may have seen some of the most flexible screens, chassis and PCBs in the recently concluded CES 2013 at Las Vegas, so what would say about bendable batteries. Yes you got it right. I’m talking about bendable lithium-ion batteries. For a team of Korean researchers has tapped an innovative method to produce imprintable, bendable and shape-conformable polymer electrolyte to ensure exceptional electrochemical performance in lithium-ion batteries.

Claimed to be the world’s first bendable lithium-ion battery, the new imprintable battery takes its shape by simply spreading fluid-like electrolytes on electrodes and exposing them to ultraviolet rays for just half a minute. As simple as that! The new battery will not only be bendable but at the same time more stable and easy to produce. Now we will have more flexible mobile devices with efficient rechargeable batteries at our dispose, thanks to the radical research by Korean scientists.

How computers revolutionised the manufacturing process