Since Icarus’s maiden flight, the inclination to soar high into the sky has inspired millions to design and create aircrafts. While aircraft manufacturers like Virgin Atlantic and Excalibur Almaz have all the means to create high-end airplanes and, accordingly, aspire to reach lunar surface soon, we have avid DIYers, on the other hand, who have put their experience to construct homemade helicopters from whatever limited resources they had at their disposal. 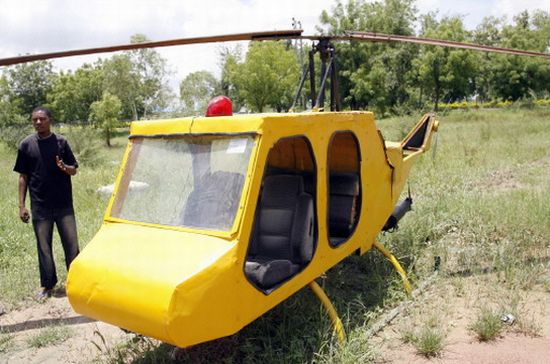 Made from discarded car and bike parts, the 12-meter-long aircraft can actually fly at 15 feet for three hours at a time. Mubarak Muhammed Abdullahi, a physics student has created this chopper by using disused parts from a crashed 747, a secondhand 133 horsepower engine from a Honda Civic, couple of Toyota car seats and a lot of creativity. The functional helicopter takes off once it reaches 300rpm.

Two Vietnamese farmers, Tran Quoc Hai and Le Van Danh, have created a helicopter that flaunts a 300 horsepower engine. Made from sturdy components, like homespun metal alloys and strong rotor blades, the chopper awaits permit for low-level flights. The investors who have raised around $20,000 for the project believe that the DIY helicopter may be usable in aerial observation and spraying pesticides over crops.

You don’t need to be a mastermind for creating a chopper. Even a person with basic high school education can make his own helicopter provided that he can recall the physics lesson delivered to him in school. Wo Zhongyuan, a Chinese farmer utilized elm tree branches, a motorcycle engine and a frame reinforced with steel pipes to fashion his own helicopter. 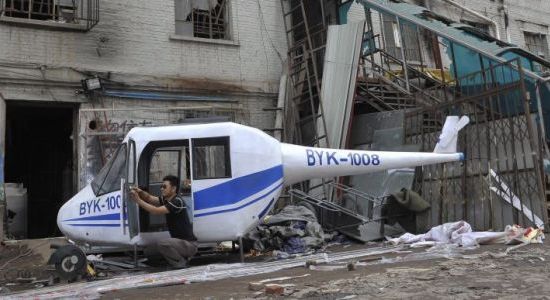 Another Chinese DIYer Gao Hanije has come up with a 350kg, three-meter-long aircraft. The DIY chopper flaunts short rotor blades that complement the chopper design brilliantly.

Well, we’ve yet another Chinese DIYer who has conceived and created a $10,000 chopper that, aside from fulfilling his dream of owning a helicopter, also helped him resume his academics, with a mechanical touch though. However, his endeavor ultimately ended in a crash, an irate wife and enquiring police officers.