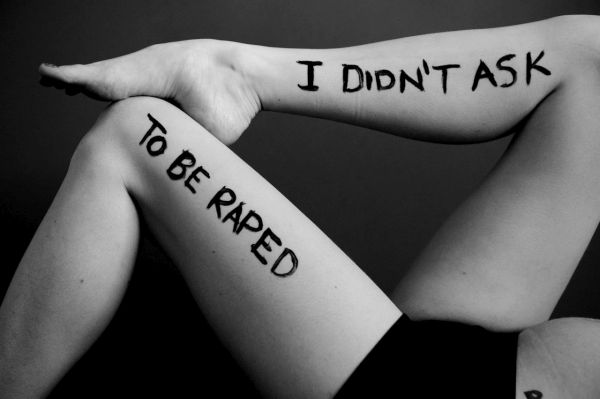 Very interesting and out of the box Sexual Assault Awareness Campaigns

Rape, molestation and sexual violence are just words for those who haven’t experienced them. What about the victims? What about those sick people who are responsible for these?

Most of the victims don’t even report these heinous crimes. Some who raise their voice against it are either ignored or further tortured with public insults. But some stand strong against every hurdle and transform themselves into a protesting wave in their own way. 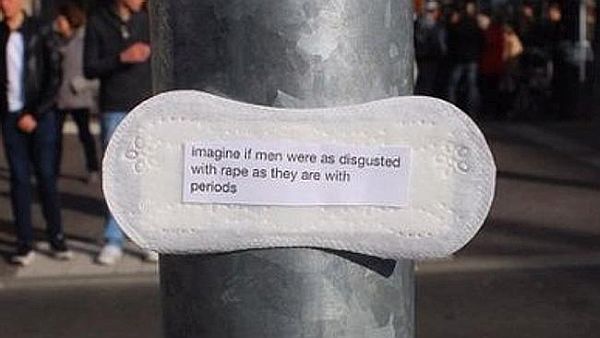 A good percentage of men are uncomfortable with the women’s monthly issue and the sanitary napkins. This woman is using them as a channel for her voice against sexual abuse in Germany. She has attracted huge attention with her bold words. One of the most appreciated quotes says “imagine if men were as disgusted with rape as they are with periods.” She wants her project to spread all over the world which won’t be a big deal if she will keep her spirit up like this. 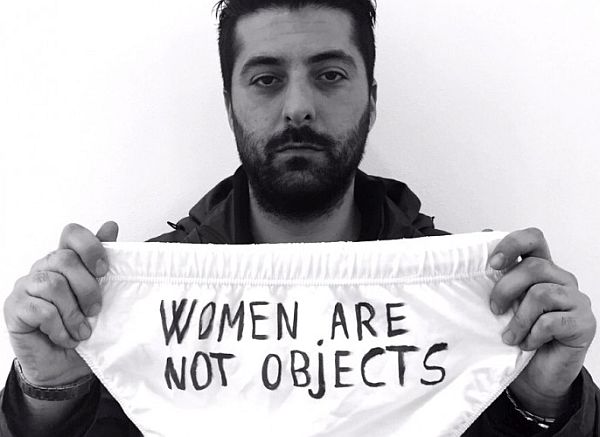 These women know how to actually use underwear for a cause. Supported by women all over the world, artist aleXsandro Palombo started this unique method to give women a voice. His photo compilation successfully expresses women and their feelings. Women have posted motivational pictures against violence, equality, rights and strength.

Liara K. shoots half nude models with some writings on their body. All the models, which she had worked with, support the victims. Many of them are abused victims themselves. This photography project inspires a lot of women out there to stand up on their own and don’t take any nonsense happening around.

The name might be offensive to some people but the message she is trying to convey is way too powerful for that. Judging someone is easy but walk in her shoes and you will feel that pain. The photograph cries out loud to all of those individuals who call a woman “slut” for wearing something she wishes and unfortunately gets raped. The question is clear and fair. If you have the courage to ask call a victim the same, try answering her question first.

No victim can forget those horrible minutes when a monster was crushing their souls into pieces leaving them in horror. A 19-year old girl named Grace Brown started the project “unbreakable” in 2011. She photographed the victims with the words of their attackers on cards. The words speak for themselves. The pains these victims pour out with these cards are able to fill your heart with the grief and pain they went through.

“I need feminism because…” project

This art student of the Cambridge University started this project at the time of her graduation. She took pictures of different people holding their reasons why they need feminism. This crazy idea leads to a very serious message for every human. Men and women revealed their frustration with simple but meaningful words. The images went viral everywhere within no time. The images showed the anger for the rapists, perverts and those who treat women merely as an object to be used.

“Stand with the survivors” mission

A number of rape victims are not able to open up and tell anybody about what happened with them. The main reason to this is that they see nobody standing next to them in support. People rather insult them and laugh at them. But Hannah Boes stands for the survivors and started this project with her friends and teachers. This project is now successful all over the internet and shows to all those who were attacked that they are not alone. This project gives them courage to be strong and start their lives with love again.

The passion in these people can be an inspiration to a victim and save someone from going through all those horrible experiences. Their way might be a little different, but it is getting out to others-that’s all it matters.

Analysing The Impact Of Birth Control On...

8 Things your canine friends can figure...