Many a times, you may go for an X-ray when you have some trouble inside your skin. You may also have heard of little kids swallowing small items while playing and requiring X-rays to identify these objects. However, we share with you some truly bizarre X-rays you may not even have imagined seeing. Check them out.

A 5-inch knife inside a teenager’s head

Can you even think of a 16-year old boy surviving after a 5-inch knife plunged into his head? It may have been a result of a fight for a good cause or may just be a show off to his friends, but the strange X-ray of his head showed a kitchen knife well punched into his head through his forehead. It is surely strange. However, the next X-ray is weirder.

A tap with pipework inside a man’s eye

A man came to a hospital’s casualty unit after slipping in his bathroom and ending up with a tap stuck in his eye. While we cannot even imagine his pain, he was terrified of even touching it. His X-ray showed the tap and a 16-inch pipework that was removed by doctors with the help of a plumber in about three hours.

The largest kidney stone ever 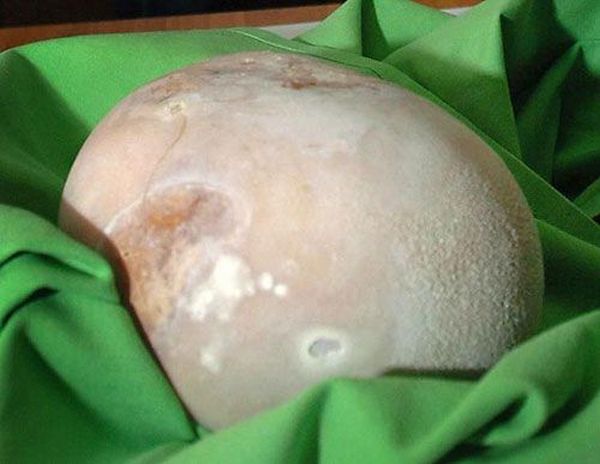 A patient in Hungary had the world’s largest kidney stone. His X-ray showed a stone that was 17 cm in diameter and weighed 2.5lbs.

Playing with sharp objects can be extremely dangerous. It is proved by the X-ray of this boy who was hit by his friend with a 16-inch arrow. Through the boy’s eye socket, the arrow went inside his skull and rested at the back. While the X-ray was shocking, this boy was spared of a serious brain injury.

A fork inside a dog 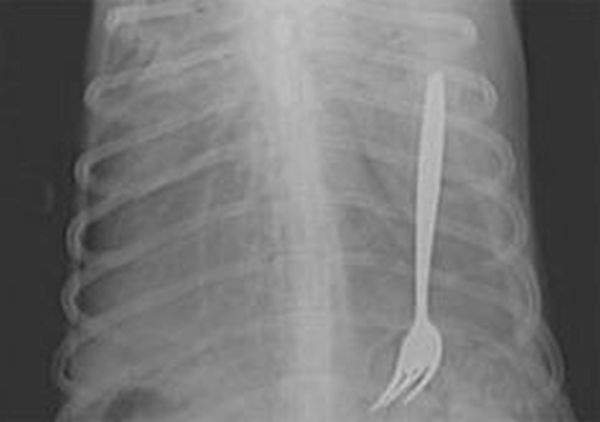 In North Carolina, a dog was X-rayed to find a full fork inside his body. While he swallowed this fork, it pierced his chest veins and lungs. Thus, bleeding started around his lungs. It was stopped with an immediate operation.

While X-rays are usually done for regular troubles, you may not have heard of people coming for X-rays with highly weird issues. While someone had a tap stuck inside his eye, others had knives, stones, forks, and even vibrators in their bodies. 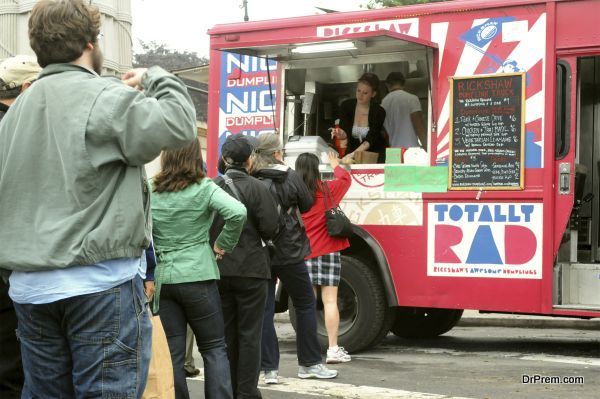 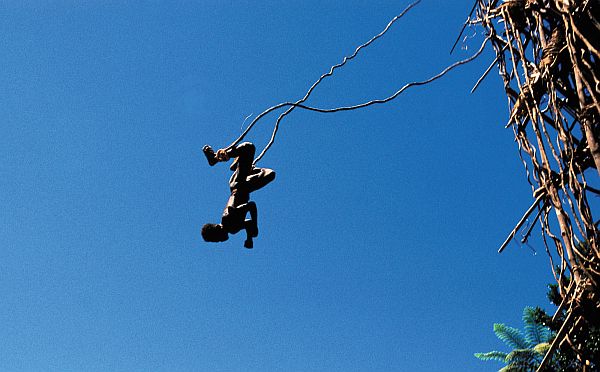