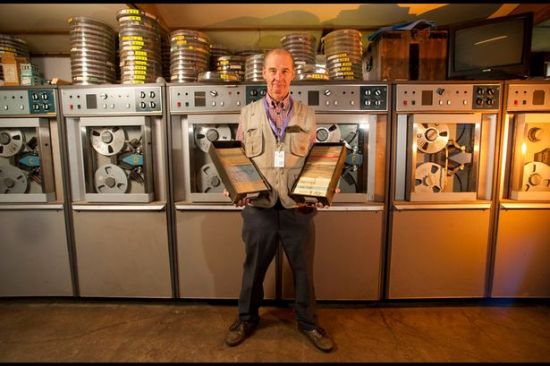 While it’s good to see old stuff getting a new life, the renovated things, however, so often lose their functionality and purpose. In a Kent shed, two scientists have been working for nine years to refurbish (re-boot rather) one of the world’s oldest computers. The five-ton Flossie is good enough (pun intended) to run a digital watch; so, theoretically, you would need millions of them to run a basic 8GB smartphone. However, what interests us is the pure intent and devotion that has gone into the remaking of the oldest working British computer.

The old ICT 1301 mainframe Flossie cost somewhere around £250,000 in 1962. Now, after five decades, Rod Thomas and Roger Holmes have equipped it with 16,000 transistors and 4,000 logic boards. The 25 square foot computer has a meager 2kB memory and 1MHz processing speed. Further, the scientists plan to use 27 reels of magnetic tape and 100,000 punch cards to recover its software which would take them another six months.

Currently housed in a shed, the computer earlier featured as a prop in The Man with the Golden Gun, a 1974 Bond film. Moreover, London University used it to produce GCE exam results and certificates in the 1960s. The only functional computer out of four available worldwide, also featured in the early episodes of the BBC science fiction series Blake’s 7 and Dr Who.

Strangest hybrid gadgets you will come across...

Spray-on batteries to power your laptops in...